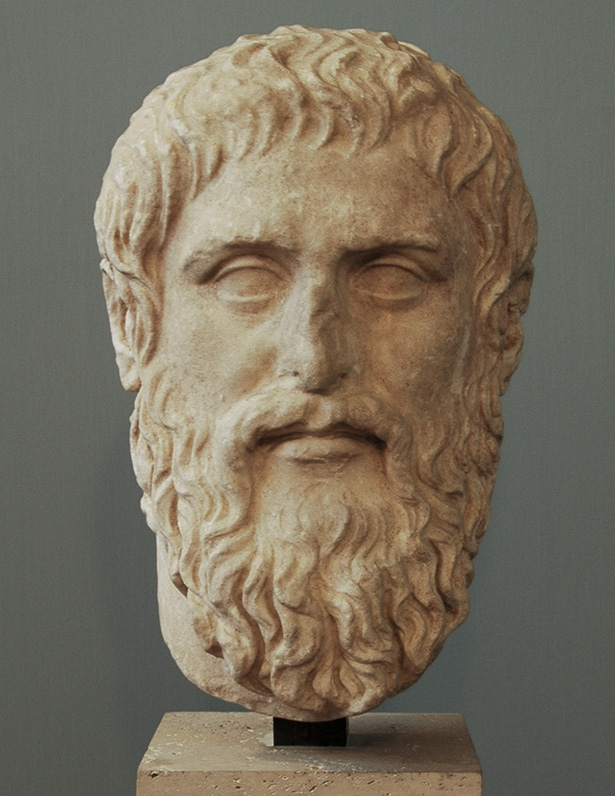 Final Thoughts on Plato (For Now)

It’s been rather a while since I’ve written on Plato, and I thought I would end this series of blog posts on Republic with some thoughts on the main theme of the book, justice; Plato explores the just individual, what a society would look like if it were built on the principle of justice, and the individual’s ultimate reward for being just.

The word that is translated from Greek as “justice,” dikaiosyne, is broader than the usual English translation of the word and could also be translated as “righteousness.” The adjective dikaios, would translated as “observant of custom,” “well-balanced,” “just, fair, moderate,” while the word from which they both derive, dike, encompasses custom, right as dependent on law, and legal judgement.

Plato starts off with looking at contemporary ideas about the idea of justice, such as “giving a man his due” or advancing the interests of the strong, and knocking them down as inadequate. In book 2, Socrates talks about the difficulty in defining justice in the individual, and that it might be easier to start with looking at the community:

We may therefore find justice on a larger scale in the larger entity, and so easier to recognize. I accordingly propose we start our inquiry with the community, and then proceed to the individual and see if we can find in the conformation of the smaller entity anything similar to what we have found in the larger. (368e-369a, trans. Desmond Lee).

From there, Plato lays out his sketch of the idea society, which would embody not only justice, but also three other interrelated virtues: wisdom, courage, and self-discipline. This society is divided into three components: the philosopher-rulers at the top, the guardians just below them as the protectors of society, and then everybody else (farmers, craftsmen, merchants, and so on). The guardians and rulers would be separated out from the rest of society to live a barracks, trained as soldiers and educated in philosophy (I looked at this a couple of blog posts ago), and raised to place no value on personal possessions or property. In this sketch, culture is carefully controlled to mould the character of its citizens to those four virtues; in practice, this includes heavily censoring the arts, including the poets whose works the ancient Greeks considered to be religious texts.

At first glance, this looks to modern eyes like a totalitarian hell. However, Plato has Socrates say on multiple occasions that it is just a thought experiment, that this was not something that could ever exist in the real world but is rather, for example, an “ideal pattern” (472c) and an “imaginary sketch” (536c). In the discussion about whether such a state could ever be realized, Socrates says,

Then it is an ideal pattern we were looking for when we tried to say what justice and injustice are in themselves, and to describe what the perfectly just or unjust man would look like if he ever existed. By turning our eyes to them and seeing what measure of happiness or its opposite they would enjoy, we would be forced to admit that the nearer we approximate to them the more nearly we would share their lot. That was our purpose, rather than to show that the ideal could be realized in practice, was it not? (472c-d).

Later Socrates says that even if it were ever to be realized, the idea state would inevitably decay, in a rather kooky passage that ends with a mathematical equation on the rate of decay (545d-547a).

Basically, if someone says that Plato was advocating a totalitarian state, they haven’t actually read the entire book. That includes utopian idealists of various stripes who set out to actually create their perfect states, whether theocrats, such as with Calvin’s Geneva or Cromwell’s England, or egalitarian ones, like revolutionary France or the Soviet Union; none of those utopians understood that the perfect was impossible, and in all cases they were repressive and punishing because those utopians all thought that the enemy within was trying to undermine their perfect ideal.

In book 5, Plato gives a sort of definition of justice, based on the sketch of society. “So, perhaps justice is, in a certain sense, just minding one’s own business.” (433b). Justice involves doing what you are suited to, and not interfering in what other people are doing and are suited to – or, to put it another way, each person performing his proper function within society contributes to a just society.

From here, Plato delves into the human psyche, where he again creates a tripartite division between the appetites, the “fighting spirit” that defends one’s honour, and reason. Those divisions correspond with those in his ideal society, the commons, the guardians, and the rulers. Within the individual, justice is about holding a balance between the three: “Then we must remember that each of us will be just and perform his proper function only if each part of him is performing its proper function.” (441d-e).

To Plato, it is reason that keeps the appetites and the fighting spirit in balance (441d-444e). That balance is achieved through education. “And this concord between them is effected, as we said, by a combination of intellectual and physical training, which tunes up the reason by a training in rational argument and higher studies, and tones down and soothes the element of ‘spirit’ by harmony and rhythm.” (441e-442a).

It is at this point where Plato gives a lengthier definition of justice, as it appears in the individual.

Justice, therefore, we may say, is a principle of this kind; its concern is not with external actions, but with a man’s inward self, his true concern and interest. The just man will not allow the three elements which make up his inward self to trespass on each other’s functions or interfere with each other, but, by keeping all three in tune, like the notes of a scale (high, middle, and low, and any others there be), will in the truest sense set his house to rights, attain self-mastery and order, and live on good terms with himself. When he has bound these elements into a disciplined and harmonious whole, and so become fully one instead of many, he will be ready for action of any kind, whether it concerns his personal or financial welfare, whether it is political or private; and he will reckon and call any of these actions just and honourable if it contributes to and helps maintain this disposition of mind, and will call the knowledge which controls such actions wisdom. Similarly, he will call unjust any action destructive of this disposition, and the opinions which control such action ignorance. (443c-e).

In short, Plato writes about the benefits of achieving inner peace; what he lacks, though, is any practical discussion of how to achieve it.

Ultimately, Plato states that the main reward of the just and moral is a happy life, while the unjust and immoral are unhappy; essentially, virtue is its own reward. And if that weren’t enough, Plato concludes Republic with a rather trippy mythic description of the Fates under a giant, multicoloured spindle, sending souls to be reincarnated into a new life (known as the “Myth of Er”, 615e-621d). While many souls choose new lives in reaction to those which they just lived, and in their haste often choose poorly, those who live the philosophic life are able to make good choices on the next life.

So, what does all this have to do with my artwork? Directly, not much. Topics like education, philosophical essentialism, and the ideal state are all interesting, but they don’t exactly lend themselves to artwork that focuses on landscapes and architecture.

However, underlying Plato’s thinking on all these subjects is the perfection of ideal abstractions and their contrast with the imperfection of the real world. And one of those abstractions, which Plato would call the Form of Beauty, is rather central to the visual arts, even those who actively eschew aesthetics.

It is ultimately this that is part of my back-of-the-mind meditation while I’m working on images, whether capturing them with the camera or while post-processing images in Photoshop. Photography is, after all, a visual art, and the visual arts need to be visually compelling first and foremost. If enjoyment of a work of art requires reading a fat tome attached to the wall next to the art, then maybe that art isn’t really a work of art after all, but rather an illustration buried within a dense philosophical tract.

It is worth noting, though, that Plato didn’t seem to think much of the arts, at least in the theory of artwork he presents near the end of Republic. “The art of representation is therefore a long way removed from truth, and it is therefore able to reproduce everything because it has little grasp of anything, and that little is of a more phenomenal appearance.” (598b). Basically, think Ceci n’est pas une pipe: Magritte didn’t paint an actual pipe in The Treachery of Images, just a representation of one.

When I’m creating images, though, I’m not thinking of them as representations of something, but rather windows into a slightly different world. That world is, visually, an attempt to tap into the Form of Beauty, as well as into the dissonance between the real and the ideal.

You, as the viewer, don’t need to know the slightest bit of Platonism to understand my work, though. While all of this rumination is going on behind the scenes, I don’t expect viewers to think about these things; I merely hope that they appreciate the beauty that I hope I am rendering well.

As for the philosophy behind the content of my work, I’m going to next visit Stoicism through three of its best-known proponents: Epictetus, Marcus Aurelius, and Seneca the Younger. While Plato raises the idea of inner harmony, the Stoics deal with it in practical terms.

Cancel
« Some Thoughts on the Theory of Forms
error: Content is protected !!