Some Thoughts on the Theory of Forms

For this blog post, I’m going to look a little at philosophical essentialism and Plato’s Theory of Forms.

Essentialism in philosophy is an attempt to understand what makes a thing a particular kind of thing; it is the idea that objects have properties that are essential to them, without which those objects would be something else.

“Substance” (in ancient Greek, ousia) is the term that philosophers around Plato’s era used to try to describe it, and it is still used in essentialism. Linguist and philosopher George Lakoff says that all things have a substance that “make the thing what it is, and without which it would be not that kind of thing.” (pulled from the Wikipedia entry on Essentialism). Essentialism is basically a way to try to find out what the core of something is, which could have any number of modifiers – to make a linguistic analogy, determining what is the noun versus the adjectives.

Ousia, incidentally, has a more basic meaning of “sum.” So, when a translator uses terms like “an account of the essential nature of each thing” (such as in Republic, 534b), a more direct translation would be “the account of the sum of each thing.” It may be nothing more than a linguistic quirk, but it might also reveal Plato’s attachment to the philosophy of Pythagoras, who was credited with discoveries in mathematics and science and who was also associated with numerology.

Plato didn’t claim credit for the Theory of Forms. In Sophist, his unnamed philosopher talks about Xenophanes and others before him (“our Eleatic tribe”) as believers in the idea that “’all things’ are just one” (242c-e). And his dialogue Parmenides involves a (probably fictional) discussion between the eponymous old philosopher of that Eleatic* school and a young Socrates about flaws in the Theory of Forms.

In Republic, Plato goes into some depth on the Theory of Forms. I already discussed the analogies or allegories in Books 6 and 7 of the sun, the divided line, and the cave, in which Plato describes the realm of ideas as the underlying reality of the world, and the physical world as only a reflection or shadow of that.

In Book 10, Plato takes this further by using the concrete example of the bed. While a painter produces an image of a bed, and a carpenter can produce a particular example of a bed, only a god could create the Form of Bed or real Bed-in-Itself, of which only one could exist (Republic, 596d-597d). These three types of artisans and their works also correspond to the shadows, reflections, and truth Plato describes in the analogy of the cave. And the Forms, being the sources of the shadows and reflections of things in the physical world, whether they be beds or beauty, are eternal and immutable.

While reading Plato, I did wonder to what extent he bought into essentialism as philosophers understand it, versus seeing the Forms as a rudimentary taxonomy system (such as how to distinguish a bed from a chair, bench, sofa, or stool) or as a way to describe abstract ideals or something along those lines. Perhaps the best insight into whether Plato thought of the actual existence of the Forms comes from Sophist, in which his unnamed visiting philosopher talks about that which is:

“It’s enough if they admit that even a small part of that which is doesn’t have a body. They need to say something about what’s common to both it and the things that do have body, which they focus on when they say that they both are… I’m saying that a thing really is if it has any capacity at all, either by nature to do something to something else or to have even the smallest thing done to it by even the most trivial thing, even if it only happens once. I’ll take it as a definition that those which are amount to nothing other than capacity.” (Sophist, 247c-e, trans. Nicholas P White)

In this sense of having an impact on the world, then, Plato seems to consider that the Forms have an independent reality. And in thinking of the Forms as having such an independent reality to them, Plato seems to intend the Theory of Forms as going beyond creating a taxonomy or some abstract ideals. And it may, perhaps, be a useful way to sometimes think about intangibles and ideas, that their affect on the world renders them real.

It’s also worth noting that Plato didn’t get hung up on terminology. He used multiple words that now get translated as “Form,” for example. Then in his dialogue Cratylus Plato takes a whirlwind tour through contemporary etymology before agreeing with Cratylus’ opponent Hermogenes that words don’t have an intrinsic relationship with the things or ideas they describe (“No name belongs to a particular thing by nature.” Cratylus, 384d, trans. CDC Reeve). Which also happens to dovetail with his Theory of Forms, in that words are likenesses of what they describe, and not the things or ideas themselves (Cratylus, 438d-439b).

The Theory of Forms is basically an attempt to describe the nature of reality. It has some internal flaws, which Plato explores in Parmenides (I would only recommend reading it if you’re really into the ins and outs of the Theory of Forms). And like any premodern natural philosophy, it suffers from the lack of understanding of chemistry and physics gained after the development of the scientific method.

In philosophy, there are a lot of critics of essentialism, including well-known writers such as Kirkegaard, Marx, and Sartre. And for those who don’t like essentialism, Plato often takes the blame for coming up with it. In my surfing around the net to see whether there is much contemporary discussion on it (spoiler: there isn’t), I did come across an essay by one Laurie Wastell, “Essentialism: the Logical Fallacy Plaguing Us Since Plato,” which has a particularly negative take on Plato and the Theory of Forms.

Wastell draws heavily on Karl Popper’s book, The Open Society and Its Enemies. I’ve not read it yet, so it is hard to tell what is Wastell and what is Popper, but Wastell writes, “This is a philosophical method best characterised as the worship of language. An empty scholasticism, essentialist thought has stifled our reason since antiquity due to its overwhelming intellectual obsession with language itself, thereby failing to recognise that language is simply a tool we use to represent reality, nothing more.”

Having read a few of Plato’s works, this strikes me as a highly inaccurate way of describing Plato’s philosophy, especially since Cratylus ultimately rejects the idea that words in themselves have anything to offer when it comes to the study of the Forms. Wastell’s association of essentialism with tribalism and with contemporary lines of thinking (in Wastell’s case, Critical Race Theory) suggests a confusion between philosophical essentialism and psychological essentialism.

One researcher, the article states, “outlined many domains in which children and adults construe classes of entities, particularly biological entities, in essentialist terms—i.e., as if they had unobservable underlying essences which can be used to predict unobservable surface characteristics.”

The possibly innate human tendency to think in essentialist terms can, as the article notes, be misapplied. “Prejudiced individuals have been found to endorse exceptionally essential ways of thinking, suggesting that essentialism may perpetuate exclusion among social groups…. This may be due to an over-extension of an essential-biological mode of thinking stemming from cognitive development.” In other words, bigots essentialize not humans generally, but different groups of humans; they mistake adjectives for nouns.

To circle back to Wastell, it seems silly to blame Plato for a mode of thinking that may be innate to our species, particularly when the criticism is based off an incorrect or incomplete reading of Plato. It would be fair to say that Platonism’s reliance on rationalism over empiricism may have had a negative impact on the development of scientific thinking, though. But in a stroke of irony, Platonism rears its head in Copernicus’ On the Revolutions of the Heavenly Spheres when the astronomer put the sun at the centre of the universe. Amid a discussion of the mathematical proof of a heliocentric universe, Copernicus wrote, “At rest, however, in the middle of everything is the sun. For in this most beautiful temple, who would place this lamp in another or better position than that from which it can light up the whole thing at the same time? For, the sun is not inappropriately called by some people the lantern of the universe, its mind by others, and its ruler by still others.” (De Revolutionibus, chapter 10, link). In this weird way, Platonist rationalism was used to bolster empirical observations and mathematical calculations.

This rounds out my current ruminations on Plato, the Theory of Forms, and essentialism. Next up will be Plato on the ideal state and the question of what justice is. 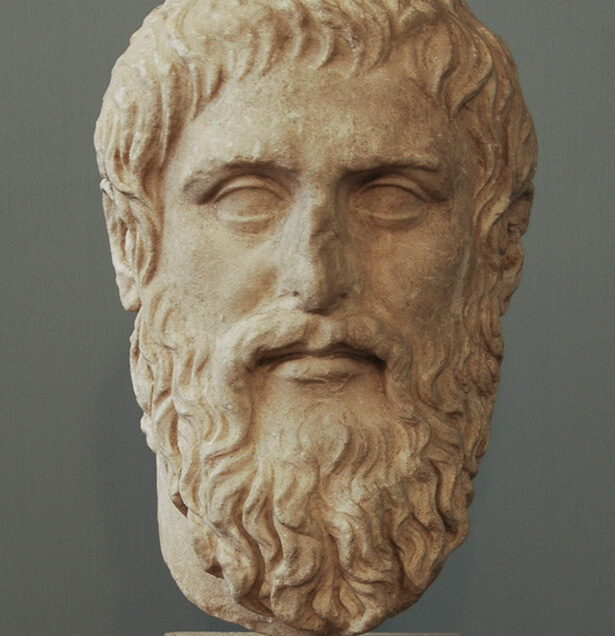 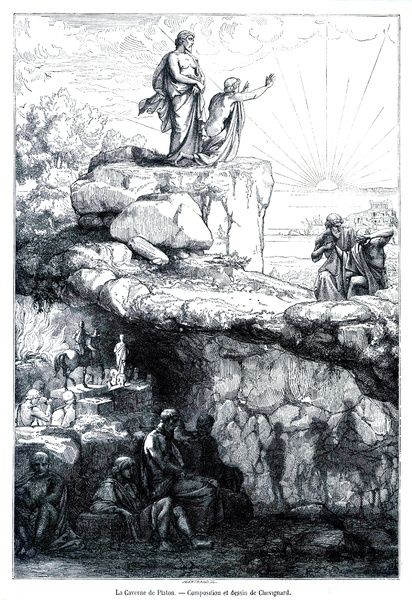 Copyright © Bill Hornbostel. All rights reserved. No portion of this Web site (Bill Hornbostel Photography) may be reproduced without the explicit written consent of the author.